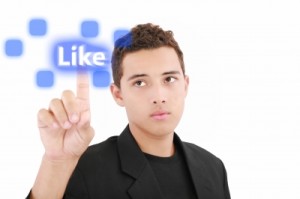 Social media is wonderful isn’t it? It brings people together from all over the world to share common ground, ideas, banter and plenty of useful information. It is also a great tool for teenagers to keep in touch with people they know and make lots of new contacts.  Online can be amazing for collecting friends but the friends your child makes may not be of the quality that they have in real life. Offline their friendships may be stronger and of greater quality than their online friendships. What we can teach our children is that it is great to make new friends but that quality relationships should be valued and that they should value friendships in terms of numbers rather than depth. A hard one to get across when some children are more concerned with the number of friends they have on Facebook.

Children learn different skills with online friendships than they do with offline friendships. Online they can gain confidence by talking to people they would not normally talk to and it is very easy for them to make friends. They don’t need to share their history with new friends they meet online as they would with offline friends and that can be a good thing in some circumstances – for example when a child has been stigmatised by their peers and cannot shake their reputation. Online the new people they meet may not know this.

The Negative Side Of Online Friendships

A negative of online friendships are that they can also be incredibly superficial and your child may never know what is being said about them between others in private messages or they may be actually exposed to seeing them and that can hurt. Online friends can say things they would never say to their face. Your child’s offline friends may well talk about them behind their back or in front of them but at least they will have a chance to defend themselves face to face.

The final difference I want to mention is that of breaking friends. In the virtual world you just de-friend someone but in the real world friendships don’t often happen that way. They generally fade over time and there is not that straight break that you would have online. Not being friends again with someone you see regularly can hurt and your child would probably know the reason why the friendship broke up. The dissolving of the friendship can be kept private or public as they like but online it can be much more public. If your child stops being friends with someone everyone could know about it and bring with it plenty of attention.

Offline and online friends each bring different things into your child’s life. It is important they know the difference so as not to expect too much from their online friends and know social media etiquette.

What other differences would you say there were?