Children To Stop Being Bossy 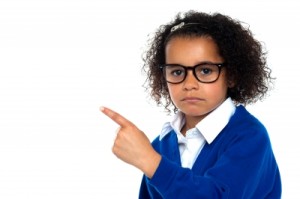 So many children go through a bossiness stage. They push to see what we will do for them – almost testing the boundaries. I don’t know about you but I don’t like bossiness so I have put together some ideas that you could use if your child is trying to control life at home and their life in particular, so that they get what they want and get you to do things you did not want to do. Just who is in control here? If we don’t control the bossiness it is possible that they think it is okay to be bossy and they are bossy at school with their friends. Bossiness is not a nice trait so lets try and nip it in the bud before it becomes out of control and help children stop being bossy.

How To Help Children To Stop Being Bossy

Tip 1. When your child is bossy with you do not encourage them – don’t laugh or make fun of them as they will continue to do it or get angry with you.

Tip 2. Do not do anything for your child if they order you to. They have to ask you in a kind, polite and considerate tone of voice.

Tip 3. Compliment your child when they are treating you with respect, listening to your needs and doing what you ask them to do without a moan.

Tip 4. If they are bossing you around when there are other people around take your child aside and whisper in their ear that they are to remind them that it is not acceptable behaviour. Don’t show them up or start shouting at them.

Tip 5. Talk to them about families being a team and that we don’t always want to do what others want us to do and that there are lots of alternative ways of requesting what they want.

Tip 6. Teach your child to express themselves so they are seen to be persistent and assertive rather than bossy. It is good to keep going for something you want but you need to know when to stop and it is good to raise an assertive child who knows what they want to.

Most children it seems grow out of being bossy because they realise that we aren’t going to run around after them all the time and because we put our foot down. By teaching our children the right way to communicate effectively they soon see the benefits. What are your thoughts?